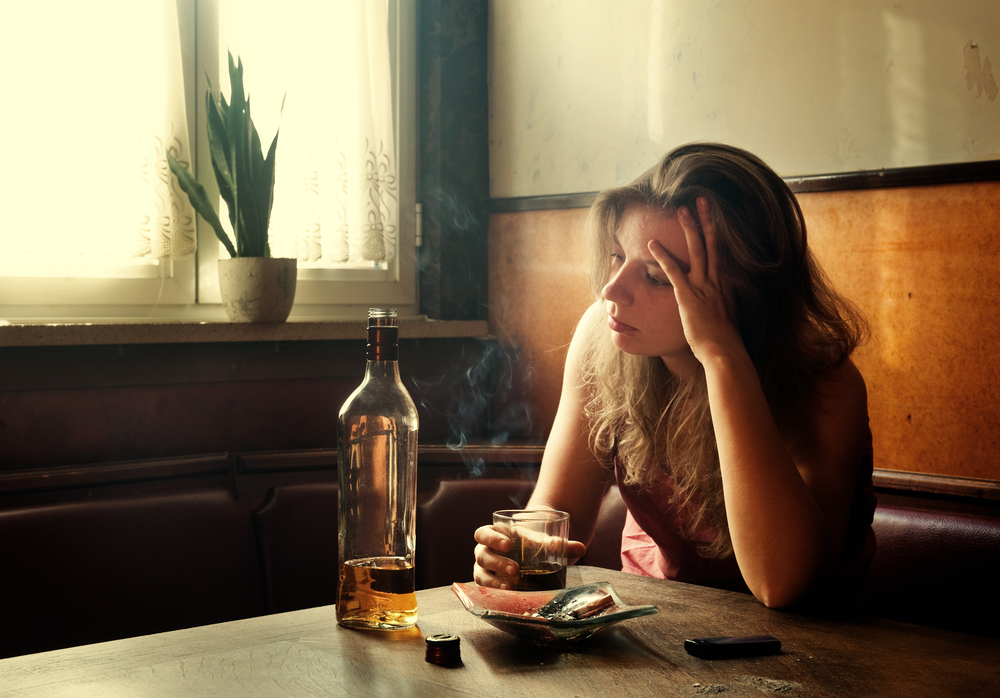 If you have questions about alcohol, they probably include things like, “Is alcohol a depressant?” or “How does alcohol impact mental health?” These are great questions to ask, but the answers are a little more involved than you might suspect.

Unfortunately, many young adults start drinking alcohol without considering the effects of heavy drinking or the long-term consequences of drinking regularly. The result is often physical health issues, as well as mental health issues that could potentially have been avoided with just a little information about alcohol consumption.

Here’s what you need to know about what alcohol does, how it can worsen existing mental health issues, and how to get help if you or someone you know is suffering from co-occurring mental health disorders and addiction issues.

Is Alcohol a Depressant? And What Does That Mean? 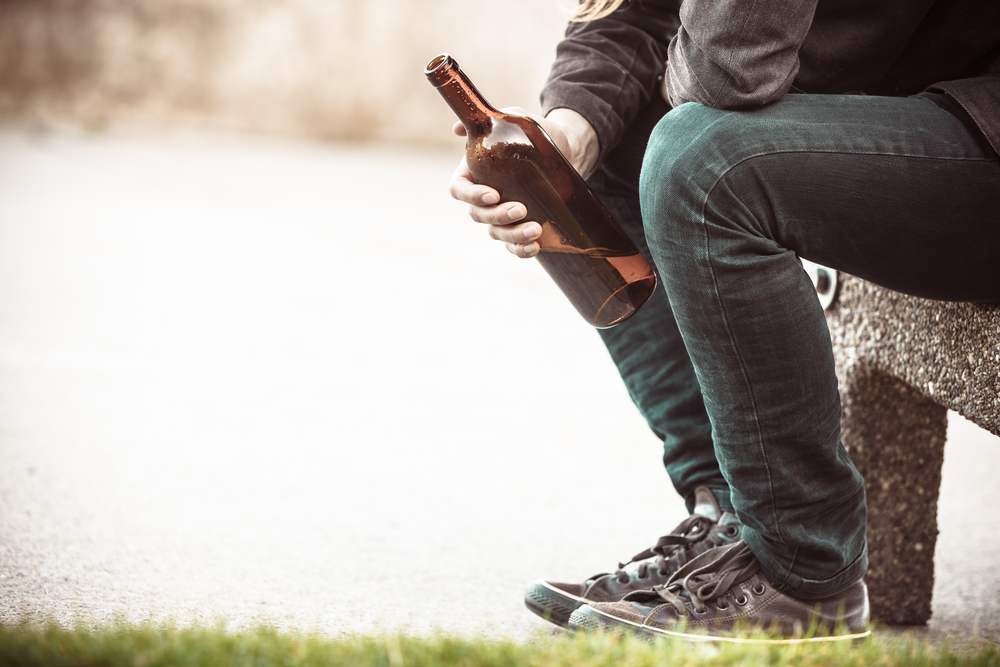 Is alcohol a depressant? The simple answer is yes, but what does that mean?

Alcohol “depresses” the central nervous system, meaning it effectively lessens how responsive your brain is. It can make you feel relaxed and at ease, but it can also come with slurred speech, unsteady movement, and inaccurate perceptions. It’s also common for those under the influence of alcohol to react slowly.

However, when people use alcohol, they often experience stimulating effects, especially with the first drink. A glass of wine at dinner can make you feel more at ease when sharing a meal with distant relatives, while a mixed drink can encourage you to speak to strangers at the bar. Alcohol’s initial stimulating effects are why it is often found in social situations and at many celebrations.

Alcohol’s sedative effects usually appear after many drinks have been consumed, and the more glasses that have been emptied, the more severe the effects of alcohol are. If your central nervous system is depressed too much through binge drinking or long-term alcoholism, it can lead to respiratory failure, coma, or even death.

What makes alcohol consumption so dangerous is that everyone has different limits, and everyone experiences the effects of alcohol differently. Some may drink regularly without developing an addiction, while others may develop an alcohol use disorder when they first begin to drink.

How Alcohol Affects Your Mood

Now that we’ve answered the question, “Is alcohol a depressant?” it’s time to look at other facts about alcohol that are just as important.

Alcohol affects your mood in a few different ways. One of the most enjoyed side effects of consuming alcohol includes lowered inhibition. It’s what makes you willing to open up to people you normally feel uncomfortable around, like family members, or people you just met. It has the ability to elevate your mood, making you more likely to laugh, dance, and make new friends.

However, drinking is a slippery slope. Alcohol affects people in a positive way in the short-term, but too much drinking can lead to less desirable moods as well.

Alcohol has the ability to reveal or intensify underlying feelings, which can be disastrous if you have memories of past traumas or painful events. It can also pose a danger to the person drinking and others around them if feelings of anger or resentment are intensified. This is why so many people are described as “angry drunks.”

It’s also possible that drinking alcohol can help numb emotions that you don’t want to deal with, even if they require your attention. 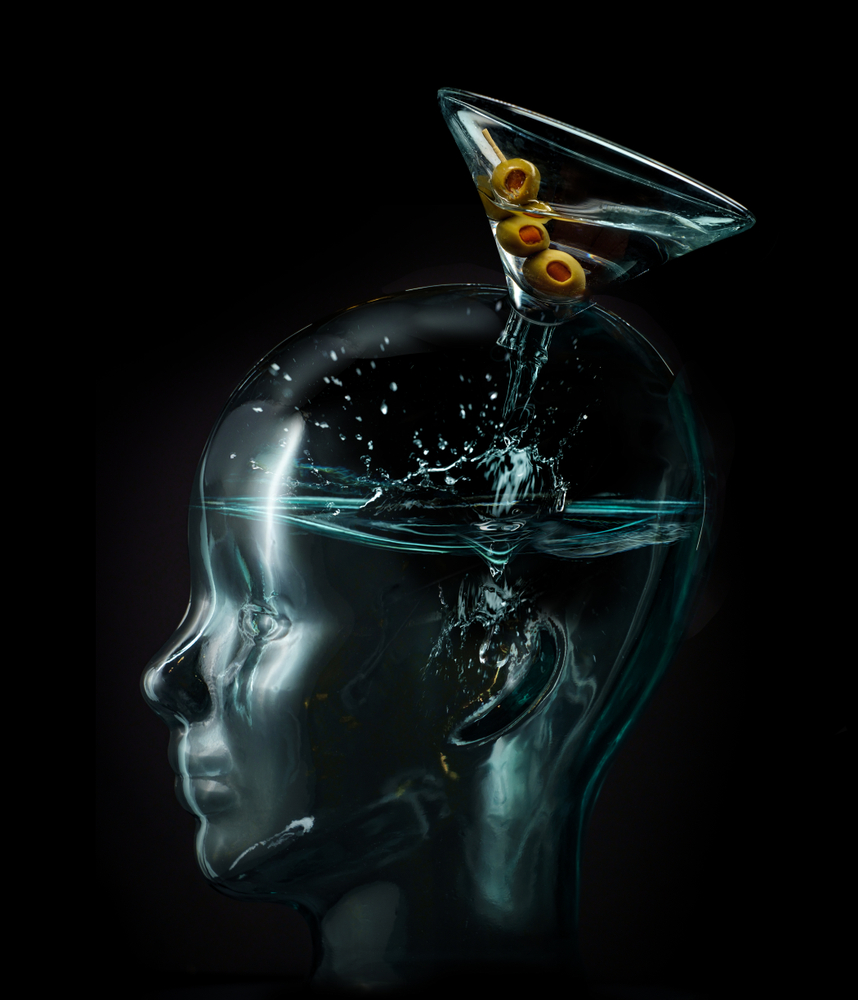 Alcohol and mental health commonly occur together. According to the Journal of the American Medical Association, 37 percent of alcohol abusers also have at least one serious mental illness.

Alcohol disrupts neurotransmitters in the brain, which can create new problems when combined with mental illness by making it harder for different parts of your brain to communicate. It can also interfere with your hormones, and this interference has been linked to the progression of many mental health issues. Anxiety and mood disorders are especially prevalent among those who abuse alcohol, although it’s hard to say which comes first in these scenarios.

Using alcohol can also exacerbate symptoms of depression, as well as causing you to be depressed by lowering your mood. If your depression gets bad enough, you should definitely consider a structured rehab facility, as unchecked depression and alcohol abuse can disrupt nearly every area of your life.

How Alcohol Affects Your Physical Health

Not only can alcohol affect your mental health, prolonged use can also lead to physical health problems.

When you drink alcohol, especially if you drink a lot of it, the immediate concern would be sustaining an injury while your reaction time is lowered. With enough drinking, your life could even be in danger, particularly if you get behind the wheel of a car.

The most dangerous aspect of drinking alcohol is the fact that the most common effects to your health don’t occur right away and aren’t always easy to identify. Those who drink alcohol and develop a dependency are likely to experience health challenges their entire lives.

Those who are dependent on alcohol are more at risk of developing:

Other, more common problems that can develop quickly include diarrhea, muscle cramps, and fatigue.

As mental and physical health do not exist separately, it is also common for those who suffer from a chronic medical condition to feel depressed, which can lead to a more serious depression diagnosis. It can be a vicious cycle where you developed a condition due to your alcohol dependence, then that resulted in feelings of depression, which encourages you to drink further to numb the pain.

Getting Help for a Mental Illness When Alcohol Use Is Involved

Dealing with a mental health issue or alcohol dependence separately is difficult, let alone if you’re suffering from both at the same time. If you or someone you love is drinking to manage a mental health condition, or if a mental health challenge has appeared after drinking became a problem, it’s important that you look into treatment centers that can peel back the layers of your addiction.

As you can see, “Is alcohol a depressant?” is just the tip of the iceberg when it comes to learning about alcohol and alcoholism. But Port St. Lucie Hospital is here for you; we can help you overcome co-occurring disorders in a structured, warm, and effective environment. Call (772) 408-5871 to speak to a friendly member of our team, or fill out our online form right now to learn more about how we can customize a treatment plan just for you. 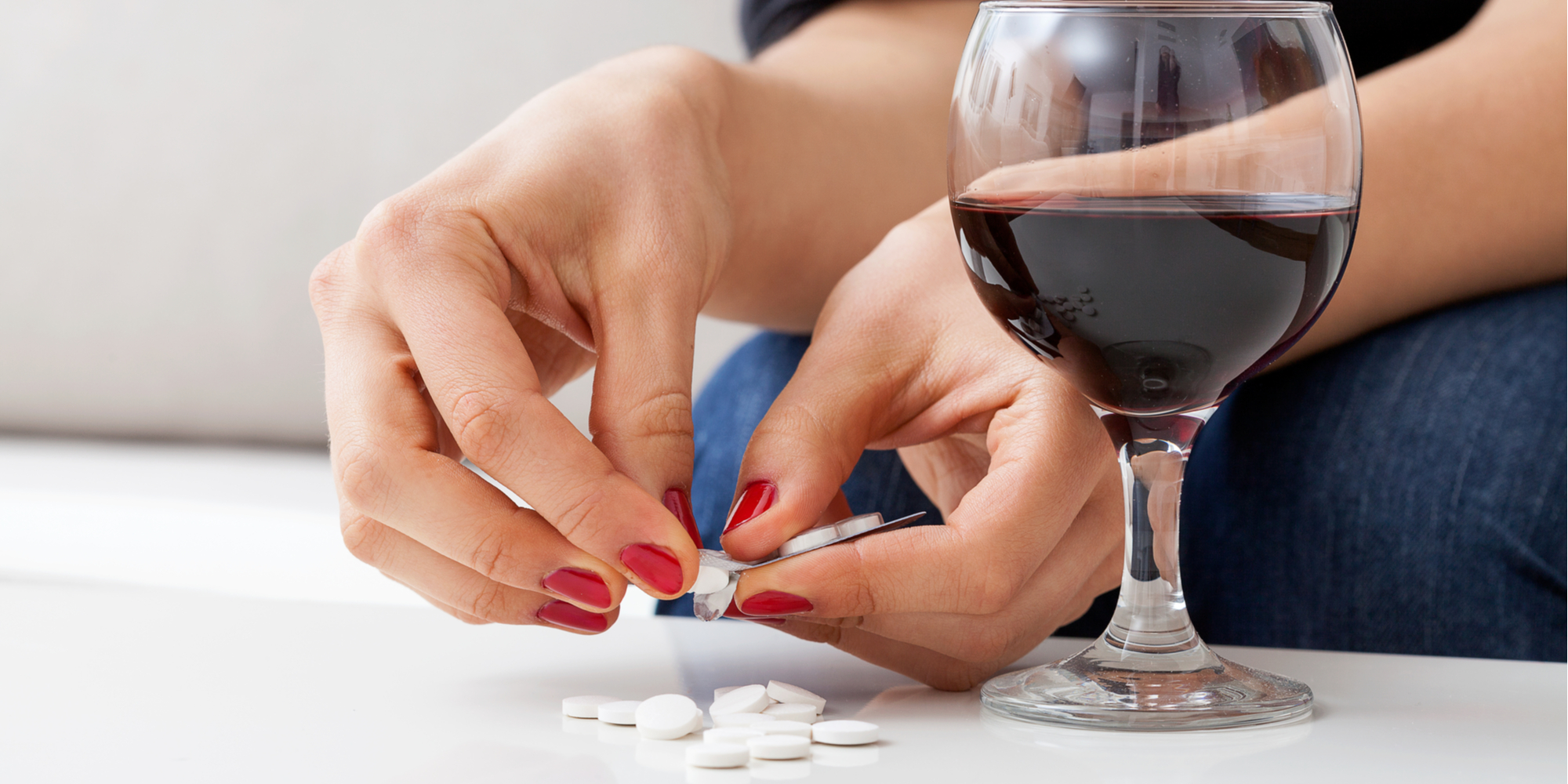 Prozac and Alcohol: Can I Drink While on Antidepressants? 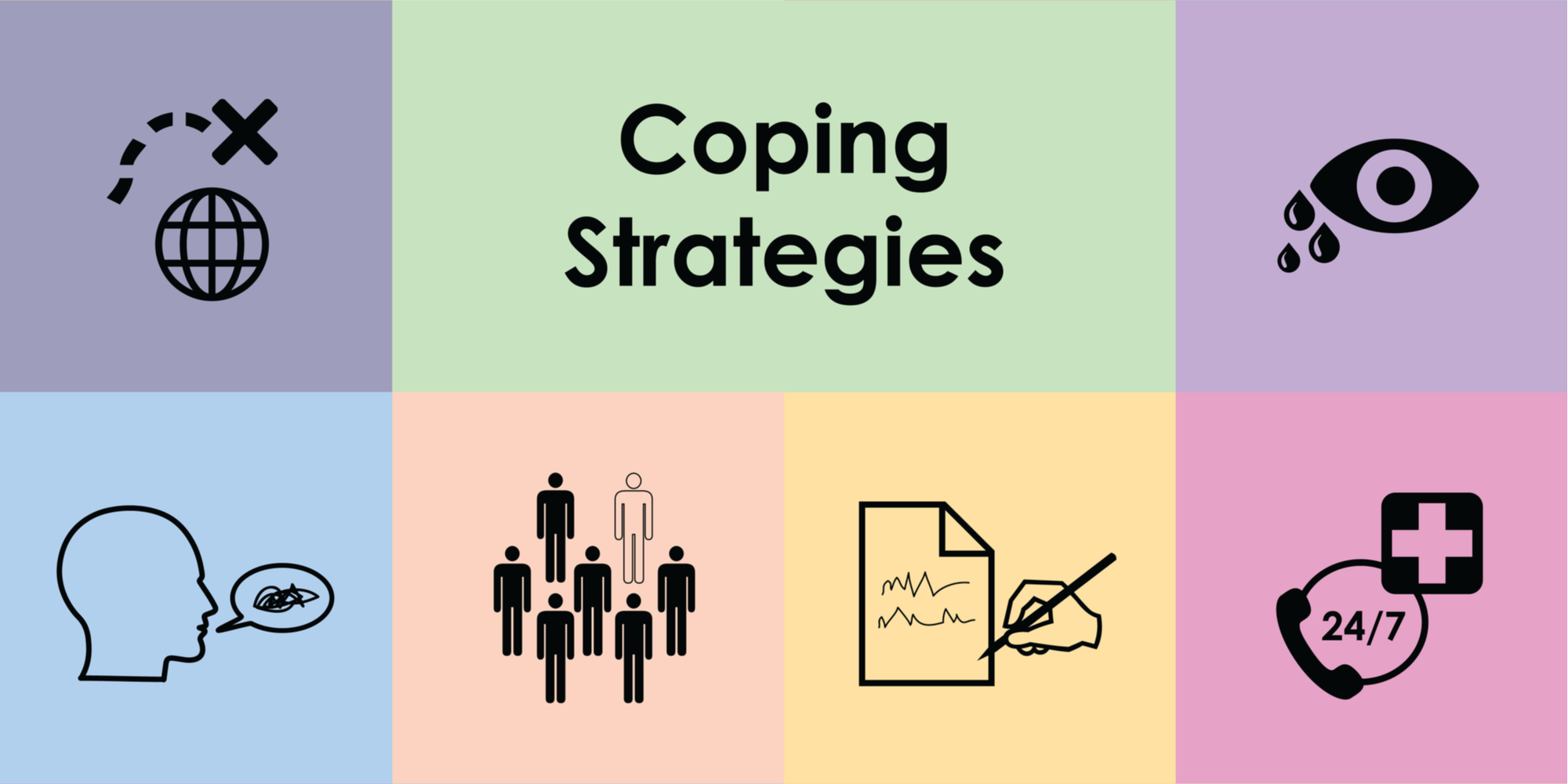 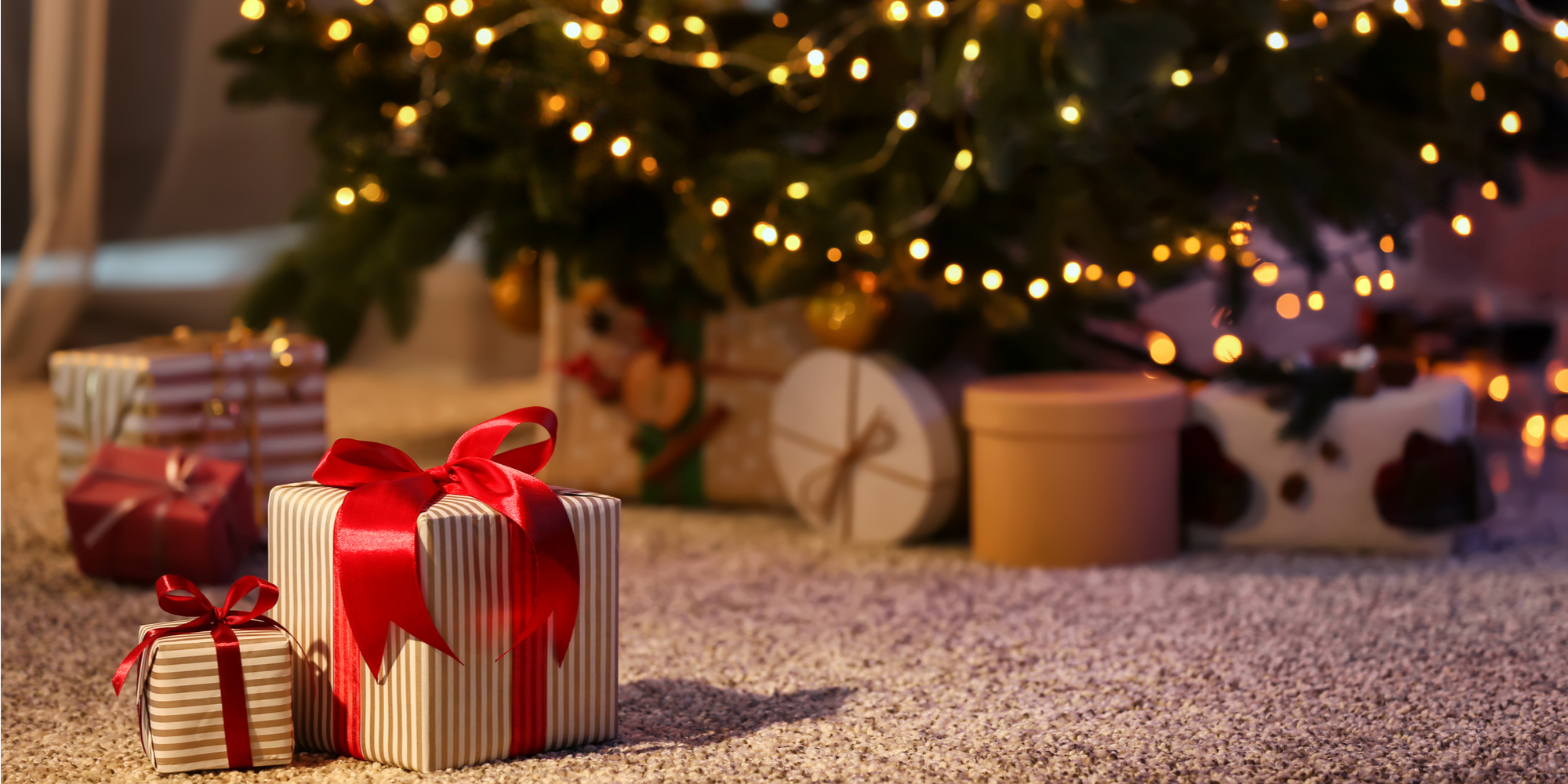 How to Get Sober Before the Holidays